Yesterday, my kids celebrated the “100th Day of School.”  So for me, that means cookies!  What better way to celebrate, right? 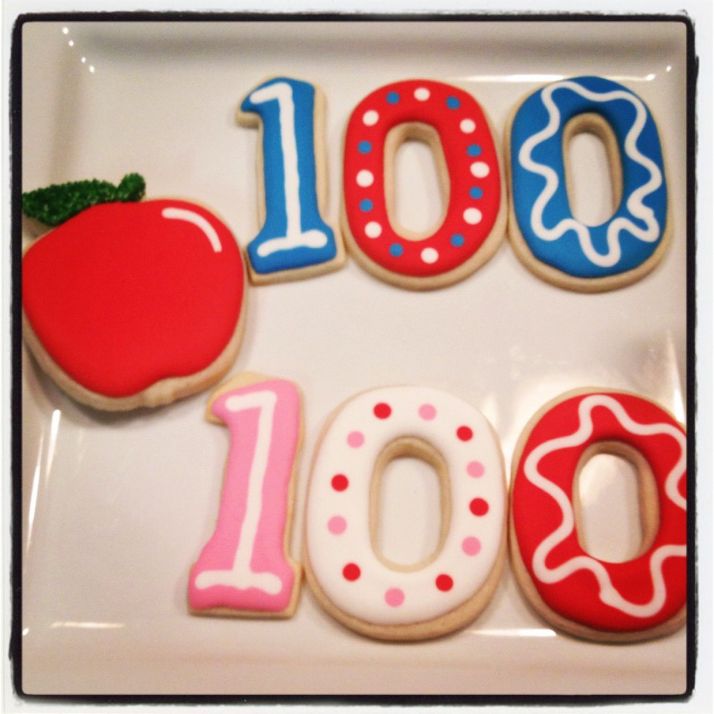 I made “100” cookies for my daughter’s 1st grade class.  I also took this as an opportunity to try out some new tricks.

When I posted my “Top 14 things I learned in 2011” post, several of you commented about using the “plastic wrap around the icing inside the piping bag” trick.  I will admit that was one I hadn’t tried yet, even though I had seen several serious “cookiers” post they did this.  So, I thought this would be the perfect time to try it out.

For those not familiar with this trick, it’s pretty straight forward.  Just lay out some plastic wrap.  Scoop your icing into the middle of it.  Scoop more than you think.  My first round ended up being a very small piping bag because it holds more than I thought.

Then fold over one side until it grabs onto the other side.

Fold the other side over, then twist the ends in opposite directions to seal it.  Like a piece of candy!

Then just feed one end into the bag and through the coupler.  (I found this to be the most difficult part.  I ended up rolling down the bag to make it easier to get to the coupler).

I even decided to try it with my thick flood icing (20-second). (The above pictures are with this icing).  I find it quite a pain to get it in the squeeze bottles because it’s so thick.  A funnel is always involved.  So I was curious if this would work for that as well.

It worked out great!  I was able to fill the bag with as much icing as would normally fill one large squeeze bottle.

I also found that my icing didn’t separate as quickly as it normally does in a squeeze bottle.  Not sure why.  I’ll have to play around with this more to see if that continues to happen.  (Which would be a good thing, mind you).

The next thing I tried was using dowels to roll out my cookie dough. 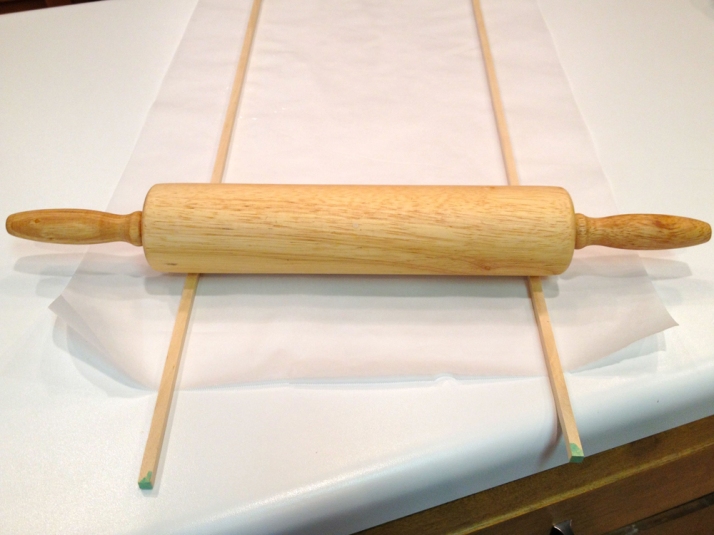 I have a confession.  I don’t normally measure the thickness of my dough.  Ever.  I roll it until it “feels” right.  But I have found that my cookies can sometimes be uneven (one cookie thicker than another) and even different thicknesses within one cookie.  Both of those = bad for me.  I’m not a huge fan of the rings on the roller, and I couldn’t track down the dough board that everyone seems to love (ans it’s quite pricey), so I thought I’d start with the $.75 option.  What did I have to lose?  (Other than $.75).

I went with 1/4 inch.  Then I just rolled like I normally do.  Parchment paper, dough (with dowels on either side), more parchment. 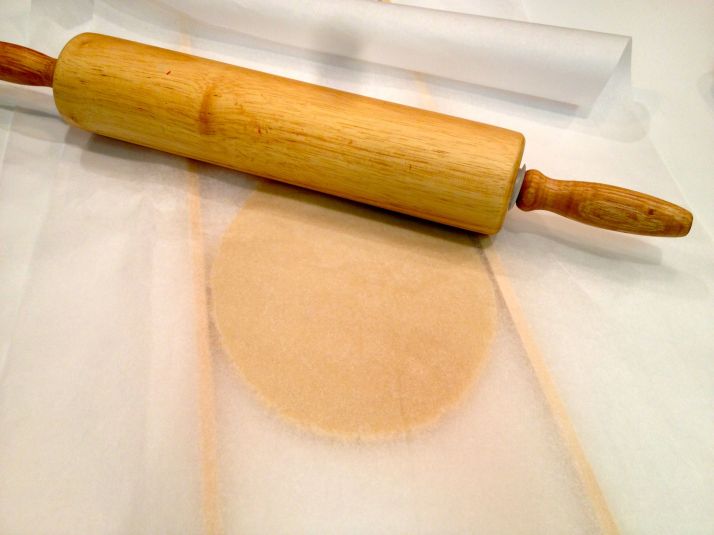 After rolling it out for the first time, I realized one very startling thing.  I thought I knew how thick a 1/4 of an inch was, but after seeing my dough REALLY that thickness, I realized I was quite wrong.  It is WAY thicker than I thought. 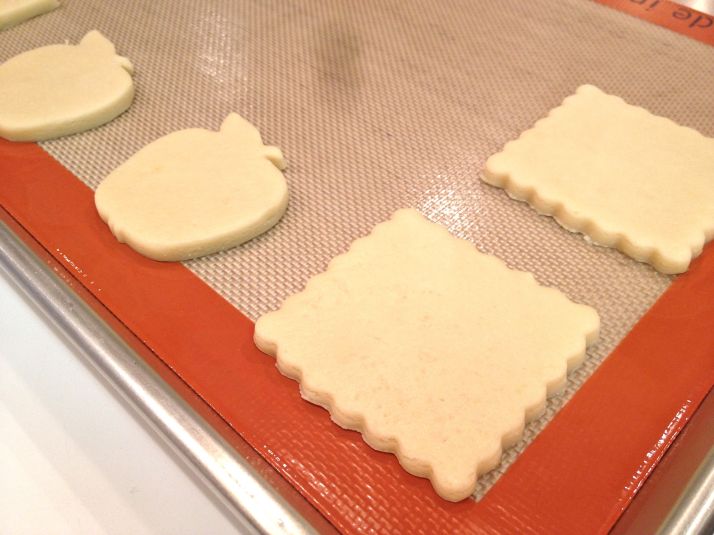 So I think I’ve been rolling my dough more like an 1/8 of an inch, which after making these at 1/4 of an inch, I now think is too thin.  But, you do get fewer cookies out of a batch (obviously).

(Can you tell my 4th grader is learning fractions?  They are all over the place!)

So if you are currently eyeballing your dough thickness, I recommend spending the $1 and buying to dowels.  Curious if you will be as surprised as I was.

Our school colors are red and blue, but since there are lots of girls in the class, and it’s close to Valentine’s day, I threw in some pink.  Because I made the cookies and I can.

Both of these techniques are ones I will continue to use.  The plastic wrap made things MUCH easier, and the dowels made for nice, thick, even cookies.  Try these if you haven’t before and maybe you’ll add them to your list of tricks, too.

6 thoughts on “You can teach an old dog new tricks.”